I have mentioned before that I chose to cover Lubuntu, because Dan at PPC Luddite did such an amazing job writing about Debian.  I don't like to leave good software unwritten about, but if Lubuntu is good, then Debian is great.  I can no longer contain my unrelenting love for Debian, and its unrelenting quality standards for its software, and anything they package with it.

Debian is the poster child for what software standards should be, which is why so many distros are based on it.  The Ubuntu's, Mint, Crunchbang and Finnix (just to name a few) are all born from Debian code.  Debian have been setting the benchmark for quality, clean, reliable code since the mid 90's, and continue to do so today.  In 20 years there have only been 7 stable releases.  It's because when they release a stable build, they truly stand behind that.  The gap between 6 and 7 was quite short by their standards.  The project actually has about 1000 official developers overall.


This is pretty much how Debian developers operate:


While these practices keep the stable build a good mile from the bleeding edge, the end result is stable, secure, never fail you code.  There is a reason Debian is usually a top choice for servers.   If you really desire the bleeding edge kernel and default apps then you can simply install Debian testing.  I honestly have more faith in their testing builds than the finals of pretty much every other distro.

Debian PowerPC is also about the last Linux distro with official support on the architecture still, and there are no signs of it ever stopping. Another thing Debain PowerPC does is allow apt to work perfectly.  In my experiences the Ubuntu's and other distros mess this up at some level.  As someone who prefers some command line on a daily basis this is a big selling point for me and I know it is for Dr.Dave also.

I have been doing a lot of playing around and testing the newest stable release of Wheezy (7.1 currently) and several different GUI.  The memory usage difference between the various environments is quite significant.


Here are the memory usage totals for each GUI after simply logging in, and with nothing else running:


LXDE is the reining champ, and is so much easier to use for Linux newbs than Openbox or Fluxbox, which use more memory.  I started with the Debian LXDE image and then installed the other enviroments.  LXDE, Fluxbox and Openbox fly while GNOME and XFCE sputter a bit on my G4 1.0GHz Sawtooth testing system.  GNOME and XFCE are still very usable but they simply can't compare performance-wise.  There is also a KDE offering but I have never used it with Deb7.  While KDE is very capable it's one of the most bloated GUI.  It's almost as bad as Unity in terms of system resource consumption.

I will be writing a lot more about Debian 7 soon but I wanted to get out some early observations on Wheezy stable which is only about a month old. 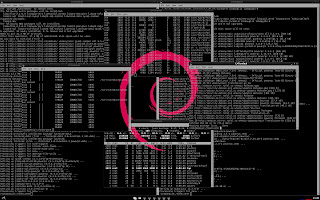 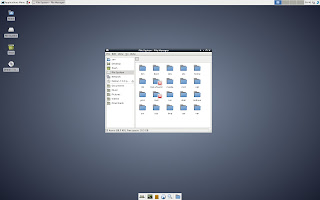 They all use the standard Debian installer, which is not a GUI like Lubuntu.  Don't worry though, there are no commands you need to know.  All you ever have to type are usernames and passwords you want.  Tab selects actions, arrows move selections, space makes selections and return/enter executes.  It's actually quite simple to use and should only take a person one use to learn.

I put Debian on equal ground with BSD.  It's one of only 3 Linux distros I would say that about.  The other two would be Arch and Gentoo, but even they can't touch Debian in my mind.
Published on Tuesday, June 18, 2013